Rebecca Birley Seixas was the fourth of more than twenty children born to Benjamin Mendes and Zipporah Levy Seixas. Including siblings Moses and Esther, there were sixteen Seixas children who survived infancy—a vast family and among the more prominent in Jewish life in New York. Her father was a merchant and a founder of the New York Stock Exchange. Another of the founders, Bernard Hart would become Rebecca’s husband in 1806. They had twelve children, including Emmanuel Bernard Hart, the first Jewish congressman from New York.

Another son, Benjamin Seixas Hart is pictured here together with his wife Hannah Hendricks Hart, daughter of metal manufacturer Harmon Hendricks and Frances Isaac Hendricks. The couple married in New York in 1846 and had six children. The two in this daguerreotype are likely the two youngest, Rosalie and Florence Grace. 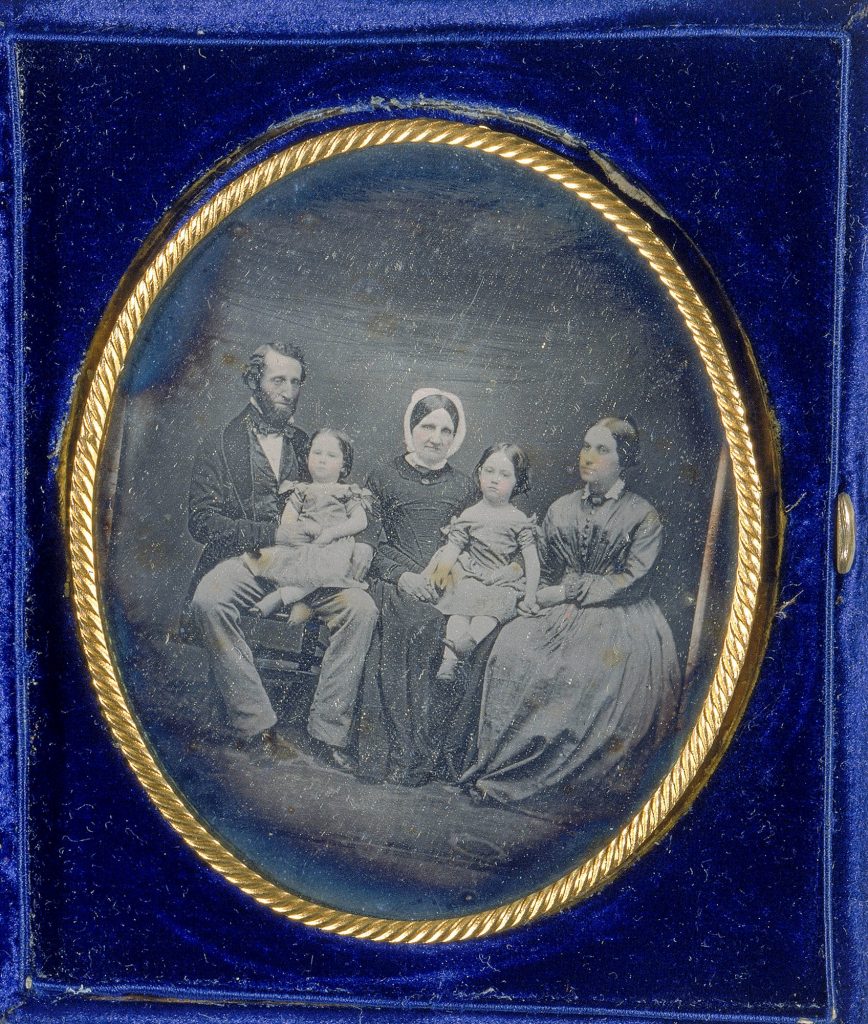