The second of four children born to Rachel Franks (first cousin to the Franks children) and Haym Salomon, Sallie Salomon came into the world in Philadelphia on October 17, 1779, a time of upheaval and uncertainty.

Her family was invested in the American cause. Sallie’s uncle Colonel Isaac Franks fought battles in New York and Massachusetts and served several months in a British prison. Her Polish-born father was working as a broker in the Office of Finance for the Continental Congress. Haym Salomon had been a member of the Sons of Liberty, the secret society of patriots, since 1772 and in 1776, after the British captured New York, he too fund himself behind bars on account of his political sentiments and while there contracted tuberculosis. Because Hessian soldiers were serving as prison guards and few of the British officers spoke German, Salomon was let out of his cell to help translate. It wasn’t too long before Salomon managed to escape. He fled for the revolutionary capital, Philadelphia, leaving behind his wife and month-old son, Ezekiel. Before long he managed to smuggle Rachel and Ezekiel out as well, and the following year Sallie was born.

In Philadelphia Salomon reestablished his brokerage firm and quickly found himself among the the city’s highest regarded brokers, serving as agent to the French consul and as paymaster to the French troops in America. With the Continental Congress unable to levy taxes, money for the war had to be raised through bills of exchange, and when Robert Morris became superintendent of finance for the colonies, it was to Haym Salomon that he turned for help. Salomon managed to raise hundreds of thousands of dollars for the Americans, brokering bills of exchange, with his mastery of several languages allowing him to negotiate with French and Dutch investors.

After playing a crucial role in financing the patriot cause, Salomon died penniless in 1785 at age forty-five, leaving Rachel with three small children to support. With aa fourth child on the way and a mountain of debt, Rachel was forced to bring her children to her family home to await the birth of the new baby. The following year she married David Heilborn, who helped raise Sallie and her brothers and sister. On August 9, 1794, at age 15, Sallie married Joseph Andrews in New York. Together they had eight children, including Joseph and Esther , whom they raised in Philadelphia, where they were active members of Congregation Mikveh Israel. Sallie died in New York on July 29, 1845, having outlived Joseph by twenty-one years. 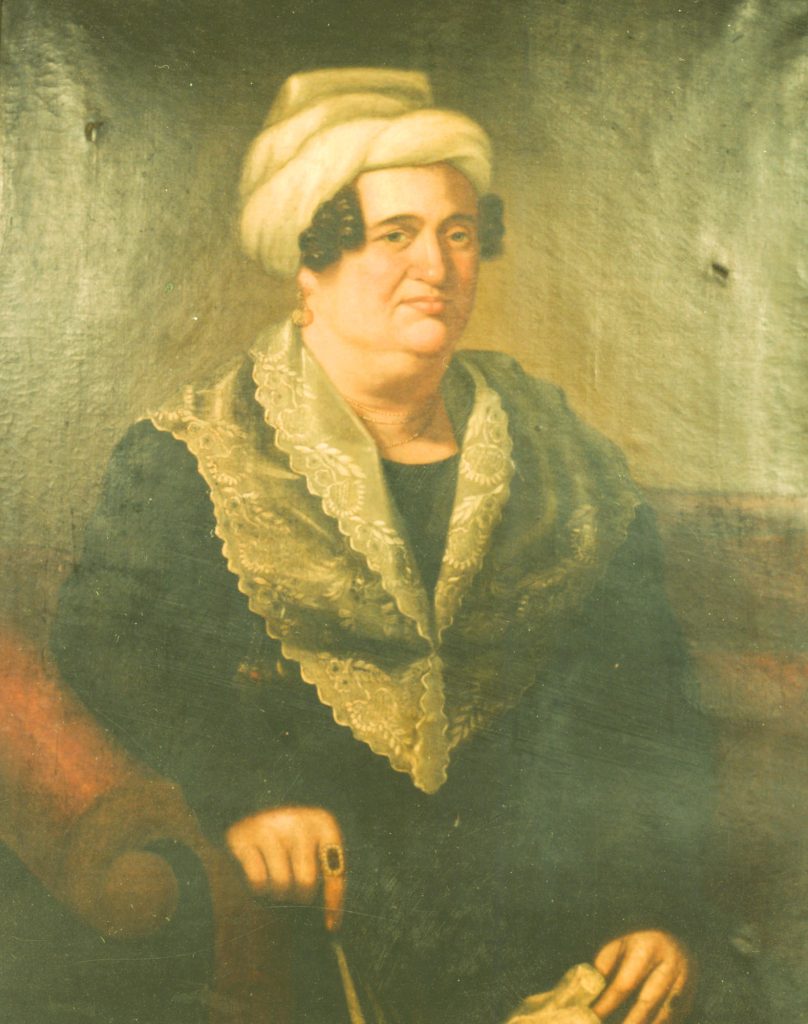